The apostolic New Testament Church, also known as the Primitive Church of God, believed and practiced the true teachings and doctrines of Jesus Christ and His chosen apostles as revealed in the Holy Bible—The Old Testament and the New Testament.  The New Testament Church of God has never ceased to exist, though it has always been a scattered “little flock,” despised and hated by the world and its great religious organizations.  The New Testament records many of the persecutions that the true believers of Jesus Christ suffered during the time of the apostles at the hands of the unbelieving Jews and Romans.  Later, after the death of the apostle John in 98-100 AD, a great apostate, counterfeit Christian church arose, 100 AD-325 AD.  It continued to persecute the brethren of the true Church of God.

Beginning in the time of the Roman Emperor Constantine, under orders from the emperor and the apostate Church leaders—its bishops and later popes—the civil government of the Roman Empire persecuted, killed and drove the true Christians beyond the bounds of the Empire. The histories written about the scattered brethren of God’s true Church, preserved by Romish and Orthodox historians, refer to them as heretics, because they steadfastedly rejected the usurped ecclesiastical authority of the Roman Church and refused to believe or accept its false paganized teachings and doctrines.  Rather, they have always submitted to the authority of God the Father, Jesus Christ and the Word of God, believing and practicing the true doctrines and teachings of the Bible.

1. The Nature of God

God—the Hebrew word is Elohim, a plural noun inherently meaning more than one—is a holy Family of intelligent Beings, composed of spirit. The God Family is eternal and all-powerful. The God Family is perfect in love, purpose and character. The God Family is Lawgiver, Creator and Sustainer of all substance and life, and upholds and controls the universe. The Scriptures reveal that the God Family created mankind “after Our image and after Our likeness.”

2. The Nature of Mankind

The Elohim of the God Family Who later became Jesus Christ personally created Adam and Eve with His own hands.  He created them in the image and likeness of God, or Elohim, but a little lower than God.  Human beings are made of flesh and blood and do not have inherent immortality.  (See Salvation.)  However, at creation God gave a spirit essence to the human brain called the “spirit of man.”

The love of God is revealed in that the God Family created mankind in Their image and Their likeness and gave them dominion over the entire earth, which They had bountifully created for them.  God the Father’s profound spiritual love is fully manifested to mankind through His overall plan as revealed in the New Testament in the life, death and resurrection of His Son Jesus Christ.  In His supreme love, God the Father offers every human being the opportunity to be born into the God Family through the resurrection from death, becoming a literal child of God the Father, with the same form and spiritual composition as God the Father and God the Son.

5. The Laws and Commandments of God

Sin is the transgression of the holy laws and commandments of God, whether in the letter or the spirit of the Law.  Therefore, sin is lawlessness or anti-law.  Sin is also a defilement of one’s conscience.  When a person knows to do good and doesn’t do it, it is sin.  The ultimate penalty for sin is eternal death.  Upon deep and sincere repentance toward God, one’s sins will be forgiven by faith in the blood and sacrifice of Jesus Christ for the payment of those sins through the mercy of God the Father.

Grace is the free and undeserved gift of God the Father through Jesus Christ.  The grace of God is the greatest expression of God the Father’s love and all-encompassing mercy. Grace is more than the forgiveness of sins. To be under grace means to be continually receiving God’s divine love, favor, blessing, gracious care, help, goodwill, benefits, gifts and goodness. God the Father is the source from which grace comes to the believer.

Upon genuine, godly repentance and acceptance of Jesus Christ as personal Savior, the believer must be baptized by complete immersion in water for the remission of his or her sins.  Water baptism symbolizes the death and burial of each repentant believer—a spiritual conjoining into the death of Jesus Christ.  Through this baptismal death, the believer becomes a partaker of the crucifixion and death of Jesus Christ, and His blood is applied as full payment for his or her sins.

God is both Creator and Lawgiver.  When God created mankind, He also established righteous laws that govern man’s relationship with Him and with his fellowman. The laws of God draw a clear line between actions that are good and righteous in God’s eyes as opposed to acts that are evil and sinful.  Without God’s laws, there would be no sin.  The Scriptures declare that “where there is no law there is no sin....for by the Law is the knowledge of sin.”

14. The Baptism of the Spirit

The baptism of the Spirit is the act of receiving the Holy Spirit as a begettal from God the Father.  This spiritual begettal is granted to each believer through the laying on of hands after baptism by full immersion in water.  Upon receiving the gift of the Holy Spirit, the believer becomes a begotten child of God the Father.  The baptism of the Holy Spirit places the believer into the spiritual Church of God, the Body of Jesus Christ, of which all begotten children of God are members.

Faith is the knowledge of and active belief in the existence and power of the living God and His only begotten Son Jesus Christ.  Faith is a gift from God and a fruit of the Holy Spirit.  Through the gift of the Holy Spirit as a begettal from God the Father, true believers are granted the indwelling presence of Jesus Christ and the very faith of Jesus Christ.  This faith is the actual spiritual substance of God’s Holy Spirit, which gives the believer the assurance and the confidence that what God has promised, He will perform.

Salvation is the gift of God the Father by His grace and is granted to the believer through faith in Jesus Christ.  Salvation cannot be earned by works of law, for there are conditions that must be met in order to receive the gift of salvation.  God requires that one repent of sin, which is the transgression of His laws and commandments, and believe in His Son Jesus Christ, Whose blood paid the penalty for the sins of all mankind.

The laying on of hands is a special act performed by ordained elders in the churches of God while asking God the Father in prayer to confer a spiritual gift or blessing upon someone.  The laying on of hands is required for the receiving of God’s Holy Spirit following water baptism, for anointing the sick with oil for healing, for ordination of those selected for spiritual or physical service to the Church, for blessing little children, for a special blessing during a marriage ceremony, and for other special blessings.

The Scriptures reveal that God sometimes allows sickness to afflict individuals for a special purpose.  With this exception, the sickness that we suffer is the result of physical or spiritual sins.  Divine healing is God’s forgiveness of those sins.  God the Father personally intervenes when He extends healing to those who call upon Him in times of sickness or injury.

The word Gospel means “good news.”  The Gospel is the wonderful message of God’s plan of salvation for all mankind through the life, death and resurrection of Jesus Christ, His only begotten Son.  The New Testament calls this message the Gospel of grace.  The Gospel of grace is the good news that Jesus Christ is the Savior of the world and that through His blood all who repent and believe in Him may have their sins forgiven and may enter into the Family of God.

The Scriptures teach that Christians should be diligent to provide for their families.  Any Christian who is able to work but makes no effort to support his or her family “is worse than an infidel”.  Jesus Christ Himself taught that a Christian should first provide for his or her family before using personal income for other purposes, including offerings to God.

God is now judging every believer who has been called at this time.  God’s judgment of each individual begins when God opens his or her mind to understand God’s way of life.  With His love, grace and mercy, God gives each one who yields to His Holy Spirit the strength and the power to grow in love, faith and grace and to overcome human nature, the world and Satan the devil.

The baptism of fire is not a baptism to be sought by spiritually begotten believers, as some teach, but a baptism that is reserved for the incorrigibly wicked.  The Scriptures reveal that the baptism of fire is the eternal destruction of the wicked by immersion into the Lake of Fire and brimstone.  Those who are cast into the Lake of Fire will not be tormented forever but will be burned up.

As Creator, God has provided not only plants but also animals to be food for mankind.  However, God did not create all animal flesh to be eaten by human beings.  Because God desires mankind to sustain good health, He has revealed to mankind which animal flesh He has specifically created for food.

Scripture shows that God created three archangels—Gabriel, Michael, and Lucifer. Through sin and rebellion, Lucifer became Satan the devil. Satan means adversary. As one of the anointed cherubim who covered God's throne in heaven, Lucifer was a magnificent spirit being. Apparently, he was eventually assigned to oversee the earth, a position he later came to resent.

Why Were You Born?

Is human life the end result of blind evolution, devoid of any purpose? Or, is human life a special creation of an all-powerful God?

The Day Jesus the Christ Died

The Biblical Truth About His Passion, Crucifixion and Resurrection.

God or No God? 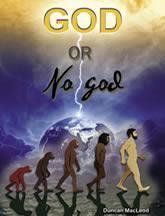 God or No God? Some Clues From Science. Our latest booklet, written by Duncan Macleod, thoughtfully examines the science behind Atheist beliefs.

Appointed Times of Jesus the Messiah 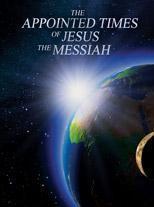 One of the most important books we've yet published. No other book has all of the correct dates concerning Jesus’ life and ministry. 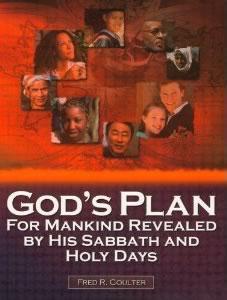 We're now offering the book with four accompanying CDs, "God’s Plan for Mankind Revealed—by His Sabbath and Holy Days" at no charge and with no obligation.

The Holy Bible In Its Original Order is the only complete Bible ever published that follows the original inspired manuscript order of all the books of the Old and New Testaments.

If you want to understand what's going on in the world today, you must first understand God's plan and prophecies.